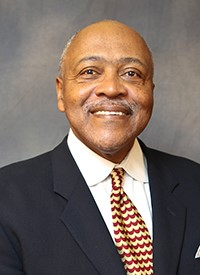 Jerry Dunn came to Casper College from the East Coast to play basketball under coach Swede Erikson. Dunn’s basketball career ended after a diagnosis of tendinitis, but he stayed and earned his associate’s degree in science in 1980. After Casper College, he continued his academic career at George Mason University, graduating with a degree in health and physical education and got his coaching start as a volunteer. It wasn’t long until he was promoted to a full-time assistant. In 1983 Dunn went to Penn State as an assistant coach and by 1995 was the head coach of Penn State. He was honored as National Association of Basketball Coaches Coach of the Year, District 3 in 1996. While at Penn State, Dunn earned 50 wins and 100 wins faster than any other men’s basketball coach in the university’s history. In 2001, Dunn led Penn State to the Big Ten Tournament semi-finals and to a number seven seed in the NCAA Tournament. Once there, Penn State defeated number two seed, North Carolina, to advance to the Sweet Sixteen for the first time in more than 50 years. Under Dunn, players had a 100% graduation rate. After Penn State, he accepted the Assistant Coach Player Development position for the New York Knicks and currently is the head coach for Tuskegee University.